When the experts are wrong

Mary Cotter had a problem.  No one seemed to understand her strange blood counts.

Take the most common measurement, hematocrit (HCT).  Hematocrit is the percent of blood volume made up of red cell mass. There’s heated discussion among hematologists about the target hematocrit number for PV patients to avoid thrombosis or other cardio-vascular events.  (See “Polycythemia vera, the lack of consensus,” MPN Quarterly Journal.)

The large scale CYTO-PV European trial concluded:  “In patients with polycythemia vera, those with a hematocrit target of less than 45% had a significantly lower rate of cardiovascular death and major thrombosis than did those with a hematocrit target of 45 to 50%.  Others, including the Mayo Clinic’s  Dr. Robyn Emmanuel  et.al., conclude symptom burden above 45% HCT may be greater in PV patients but “strict adherence to a lower HCT level was associated with loss of concentration, increased fatigue, and other symptoms.”

What can the hematocrit reading tell us?

Take a tube full of blood and run it through a centrifuge for a few minutes. 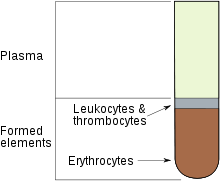 The blood separates into layers. The percent of the tube made up of red blood cells — normally a little less than half — is the hematocrit. The normal hematocrit for men is 40 to 54%; for women it is 36 to 48%.

The hematocrit (HCT) reading  can tell us the concentration of red blood cells in a given solution…in this case a test-tube.  What it can’t give us, directly, is the increase or decrease in circulating red cell mass, that is the Red Cell Volume (RCV).

Blood is made up of liquid, a plasma, and formed elements like red blood cells white blood cells  and platelets.  In PV, we’re concerned with the mass of red blood cells in a volume of blood. If the mass is too great, blood becomes thick and the danger of thrombosis or other cardiovascular events increases.  And yet HCT, for all its limitations in determining Red Cell Mass, is still the target used by patients and physicians alike to determine timing for phlebotomy or other cyto-reductive measures.

A shifting target for hematocrit has been the basis for management of patients diagnosed with PV. Keep the HCT below 50% for men, 45% for women we’ll be OK.

Another measure most commonly used is hemoglobin.

Hemoglobin (Hb) is the protein contained in red blood cells that is responsible for delivery of oxygen to the tissues. The amount of hemoglobin in whole blood is expressed in grams per deciliter (g/dl). The normal Hb level for males is 14 to 18 g/dl; that for females is 12 to 16 g/dl. When the hemoglobin level is low, the patient is anemic.  In the case of PV, we’re concerned with erythrocytosis,  too many red cells indicated by hemoglobin levels above normal.

A shortcut commonly used is to triple hemoglobin values to get an approximate hematocrit reading. And it’s often wrong.  With significant impacts on treatment and outcome.

Limitations of CBC.  Full reliance on the Complete Blood Count that include HCT and Hb is misplaced.  Both  hemoglobin and the hematocrit are based on whole blood and are therefore dependent on plasma volume. If a patient is severely dehydrated, the hemoglobin and hematocrit will appear higher since total plasma volume is reduced.   if the patient is fluid overloaded, results will be lower than their actual level. To assess true red cell mass, argues Dr. Richard Silver,  independent radionucleide evaluation of the red cells and plasma (by Chromium-51 and Iodine-131 respectively) must be performed.

That’s what Dr. Silver did when Mary came in to see him. “When Dr. Silver first looked at my counts, symptoms and medications he too said I was classic PV 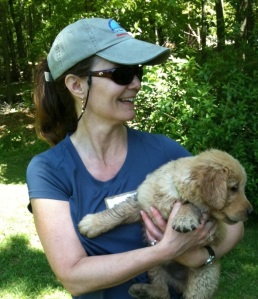 however he insisted on the red cell mass study for confirmation.  The RCM confirmed ET but there were indications I might be evolving into PV.  He said my blood pressure medications, a diuretic, was dehydrating me and depressing my blood plasma, falsely elevating my HCT…He said it was wrong to be fooled by an elevated hematocrit.”

Since  Chromium-51 — a radioactive isotope used to tag red blood cells — is an expensive and rarely performed test, we commonly estimate this  red cell mass, RCM, using hematocrit readings.   That might work when HCT readings are unequivocally high. The WHO criteria provide an assumption of high red cell volume if Hb is greater than 18.5, men or 16.5 women or HCT is in the 99th  percentile of normal. The Polycythemia Vera Study Group concluded an HCT value higher than 60% always means red cell mass is increased and nuclear blood mass and plasma studies are not necessary.

The startling conclusions of the new Silver study evaluating WHO diagnostic criteria may force re-evaluation of clinical practice. 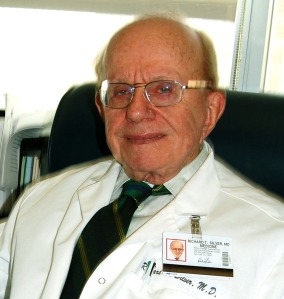 for diagnosis of polycythemia vera falls apart when subjected to rigorous scientific testing and review and  often leads to wrong diagnoses, wrong treatment.  The Silver et. al. research effort, a study of 30 patients with a five year follow-up to check the accuracy of diagnosis, confirmed what clinicians suspected: We have to change the way we test for PV.

Here’s how it was designed:  30 MPN patients were selected based on laboratory findings consistent with criteria for PV. All were positive for the JAK2 mutation. A series of tests, including allele burden, C-51 Red Cell Mass and plasma volume along with a CBC and bone marrow biopsy.  The patients were assessed, diagnosed and followed with periodic examination for five years.

Results:  Of the 30 patients, 28 had an increased Cr-51 RCM. The other two with normal red cell mass were diagnosed based on examination and bone marrow biopsy with ET and MF.  Within the five year period, the MF patient died and the ET patient remained stable.   The 28 patients with increased RCM over half (n=18) did not meet the WHO criterion for increased hemoglobin and 15 did not meet the criterion for increased hemoglobin.  Even more startling, 8 patients with high RCM did not meet either the HCT or Hb WHO criteria for PV and almost certainly would have gone undiagnosed.

Since the nuclear labs necessary to conduct these RCM and Plasma Volume tests are not easily available and the tests are not commonly performed — raising the specter of error –some concerted effort is clearly needed to bring this measurement back into routine assessment of MPN disease.  It is specially critical in early, asymptomatic instances when the differentiation of ET from PV is decisively significant. Problem is the test is lengthy –in Mary’s case about three hours in total — and requires a blood draw and then a later infusion of radioactive blood followed by three more injections and blood draws in 15 minute intervals.

“It is very important,” says Dr. Hans Hasselbalch,”to stress that we should revive the red cell mass (RCM) investigation,

since without performing an estimation of the RCM we misclassify up to 60% of our ET patients.  A large number of JAK2v617fpositive ET patients actually have PV, as assessed by an expanded red cell mass.  I think it is very important to underscore this and use this investigation in all ET patients – at least those being JAK2v617fpositive. The consequences of not doing a RCM estimation is that a proportion of ET patients will not be adequately treated … (Hans Hasselbalch,” How I diagnose, ” MQJ)

The complete text of Mary Cotter’s diagnosis and RCM interview is here.

© Zhenya Senyak and MPNforum.com, 2013. Unauthorized use and/or duplication of this material without express and written permission is prohibited. Excerpts and links may be used, provided that full and clear credit is given to MPNforum.com with appropriate and specific direction to the original content.

Comments on: "When the experts are wrong" (1)