What are we to each other?

What are we to each other? 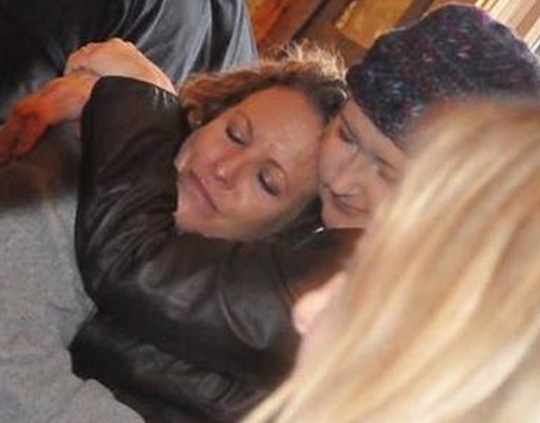 I never met Kathy Dubin Flynn in the flesh.  For that matter, I never met Jeremy, Arch, Sam, Karl, Patsy, Ann, Julie, Barbara or any of a thousand people in our MPN village, living and dead. And yet their lives, their spirits, infuse my days, fill my thoughts today.

It has taken a full long lifetime for me to begin to understand the power of this disembodied world, a world so different from that in which I grew up.

I was the son of immigrants and came of age in a South Brooklyn immigrant neighborhood.  Early on, I knew the score. It was a black and white world, solid and stark. The Japs bombed Pearl Harbor and searchlights crossed the night skies looking for Messerschmitts or Nazi paratroopers.  We knew which side we were on. The Brooklyn Dodgers were our heroes, Ebbetts Field our Mecca.

It was a world without television, without jet planes or plastics or even refrigeration. Ice was delivered by a barrel chested Polish driver in a horse drawn wagon.  It was a world with rigid, uncrossable clear boundaries.  I thought I knew the score but, just as my brother always told me, I didn’t know shit from shinola.

Almost immediately, as our world crumbled under the weight of World War, a new world emerged, a faster, lighter, more connected, more confused world.  We heard the earth traveled around the sun. We didn’t know our universe was expanding, exploding away from us in every direction. Or that there was such a thing as DNA. We didn’t know that telecommunications, satellites, computers and the Internet were coming…and making visible in its wake a host of angels.
Ah, angels.

In my neighborhood, except for stone statues in St. Finbar’s churchyard, angels didn’t have wings and weren’t good fairies

Our angels were Biblical, with flashing swords and fearsome powers. But stone or myth, as serious players in our lives, angels disappeared into the practical Eisenhower ‘Fifties, and were then wrapped in the tie-dyed sheets of the hippie ‘Sixties and stuffed into patchouli scented drawers.

When angels gradually reappeared, proliferated and began to dominate my days it was a gradual process.  For years, this steady but sporadic creep of non-substantial beings had been influencing decisions, infiltrating dreams, getting in my way and helping me out. It took a medical diagnosis of myeloproliferative neoplasm to lead me into the metropolis of angels that would become central to my daily life.

I mean nothing supernatural about angels.  Originally, angel simply meant messenger, usually a messenger sent for a specific purpose. In  that sense, we are all angels to one another. Fundamentally, angels – the spirit and presence of people living and dead – are real for each of us.  And while we sometimes think our sensory, too solid, splintery, cracked and carbon-loaded material world is the only reality, we now know that’s not true.  We know nothing at all about the composition of the universe. The invisible worlds, dark matter and cytokines and quarks and whatever else we’re part of makes up most of this world we inhabit and are invisible in ways totally unknowable to us.

So the appearance of a messenger is most welcome.  All we have to do is listen. Take Kathy Dubin Flynn.

Kathy – KDF – was a living full bodied woman for a fortuante family and friends.  For most of us she was pure spirit shimmering in photographs and words, a courageous young mother existing only in the Internet ether. She is fixed in our hearts where she lodged when first she surfaced in our World – pixie smile, sweet, strong, loving and lovely.  Kathy recalls us to ourselves, forces us to recognize what we are to each other in our boneless, Internet MPN community.We remember her not that we can mourn our loss but that we can recall the gift of her life that lives within us this day. And the many gifts of lives that surround us, the living and the dead.

We walk so close to death in our MPN world.  On any morning over coffee we can look down and see our toes edging over the cliff, the abyss of Eternity beneath our feet. Living cheek to jowl with death in our MPN village, we are nevertheless inexperienced in death. Everyone is.  We know the pain, grief and separation accompanying the death of a loved one.  But of death itself we know nothing until we cross the gate.

Ultimately we don’t triumph over death of our physical body. No one does. So most of  don’t embrace death as part of life but fear it. We construct images and stories to console ourselves in our loss. There are some who will not be defeated by cancer. Through their courage despite pain and doubt they teach us the power of enduring spirit.

In the great tumultuous jumble of life there shines a spirit that illuminates our days, that consoles and promises there is more beneath the dark matter of Earth and sky. Yes there is life resurgent and eternally shining forth. It is the message brought to us by angels. Change is the engine that drives life.  All flesh is grass.

The inescapable reality, beyond tradition, dogma and ritual, is love is promised and granted. The morning still comes after the light is extinguished. After the pain, sweet memory. Beyond the separation, the angel.