It may seem odd for the editor/publisher of on-line magazine devoted to the care and management of a rare blood disease to step up and make a strong and partisan political statement.  But even though there is an argument that the rule of Donald J. Trump with its ridicule and defunding of science and denial of basic medical care  endangers our health, there is a more compelling argument. We are not just  bearers of a blood cancer. We are human beings living in a world approaching apocalypse

“And I looked, and behold a pale horse: and his name that sat on him was Death, and Hell followed with him. And power was given unto them over the fourth part of the earth, to kill with sword, and with hunger, and with death, and with the beasts of the earth.”

I am a Partisan.  And in that connection make only one apology 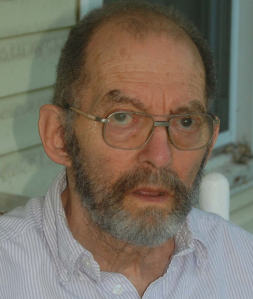 for violating the unwritten, unspoken but hitherto voluntary restriction against the expression of partisan political, religious and social views in these pages.

In this Election Season, we must end the reign of Donald J. Trump and assure the speedy and full exit from the halls of power of both him and the cohort of spineless politicians who have rubber stamped his excesses.

The issues that will determine the future of human life on this planet – issues that transcend our own immediate concerns with management of our blood cancer – are the new Four Horsemen of the Apocalypse:  Global warming, Pandemic, Social unrest and Nuclear Proliferation.  He has exacerbated each of the great calamities that face us.

For expressing these views and actively working for his defeat,  I apologize  not to those who voted him into office —  or persist in supporting his dictatorial, destructive words and actions —  but  to the international community for inflicting the great evil of Donald J. Trump upon our common Planet for the past four years.   I apologize for maintaining silence, for not bearing witness, I apologize to those whose health, dignity and lives  have been trampled by his rampaging tantrums, to the children ripped from their migrating parents hands and placed in cages, to the impoverished denied medical care, opportunity or equal protection under the law.

Donald J. Trump has  lifted environmental restrictions and has greatly contributed to the vast and deadly increase of CO2 in our environment that is already melting glaciers,  promoting heat wave, hurricane, fire and flood. He has withdrawn from the Paris Accords in which Nations endeavored to slow the inevitable life threatening rising temperatures.  He has sold off public lands to polluting profiteers. Promoted production of fossil fuels, coal, pipelines and the decimation of species.

Over 160,000 Americans have been killed by COVID-19 so far. He has ignored the underlying Science that would have saved large numbers of the dead and dying Americans infected by COVID-19, delayed preparation for the onset of pestilence despite overwhelming evidence from Asia and Europe, derided the use of masks and social distancing, promoted false cures, denied the lethality of the pandemic, promoted premature ending of prophylactic measure to stimulate the economy in order to assist his re-election. He has even worked for  revocation of the Affordable Care Act filing suit in Federal Courts in face of surging pandemic.

While other Nations great and small have controlled transmission of the CO-SARS 2 virus, and returned to productive economic and civil life, the once great United States of America remains the world’s leading reservoir of COVID-19 virus. This Nation with less than 4% of the world’s population has recorded, under Donald J. Trump’s leadership, over 25% of the planet’s COVID-19  dead and infected casualties.

He has divided people from people, Nation from Nation through racist and xenophobic words and actions, violated Constitutional provisions that would curtail his Executive  powers, conspired with despots,  broken treaties and long-standing alliances and friendships that help assure world peace, schemed with foreign leaders to attack his political opponents, withdrew from Nuclear proliferation treaties, sponsored growth and acceleration of US nuclear capabilities supporting a new nuclear arms race.

He has personally and corruptly enriched himself, his family and fellow billionaires through wealth transfers, massive tax measures,  building a crony kleptocracy  by installing unqualified political donors with conflicted self-interest to positions of influence in education, science, commerce and environmental protection. By testimony of his associates, family and words out of his own mouth he is demonstrably a sociopathic, narcissistic, womanizing, vengeful, hypocritical, racist  misogynist with neither heart nor compassion for the downtrodden, weak, and impoverished of the world.

For the sake of our children, our grandchildren, and all the large and small living beings on this planet, Trump and his enablers must go. Tuesday, November 3, is Election Day.  Make it count.