It’s hard to keep a secret about a possible blockbuster drug.

Word started leaking out at the ASH 2012 meeting that a new class of drugs being investigated in pulmonary fibrosis would be used in a myelofibrosis clinical study.

Developed by Boston biotech, Promedior, the drug PRM-151 is  a recombinant form of a naturally occurring human protein – called serum amyloid P, Pentraxin-2 or PTX-2.  Circulating naturally in the bloodstream, PTX-2 is attracted to injury sites where it aids in the removal of damaged tissue.

This function, plus its role as a regulator of monocytes (a large, multi-purpose white blood cell) differentiation, made it a prime candidate for development as an antifibrotic agent.   And such a drug is badly needed in cases as diverse as pulmonary fibrosis as well as fibrotic elements of heart, lung, and kidney disease and, the reason for the excitement at ASH:  myelofibrosis.

Myelofibrosis is more a description of the effect of a blood condition than an actual description of the underlying disease.  Presumed to be caused by genetic mutation and disruption of normal signaling systems, formation of fibrosis in the blood-bone niche occupying real estate normally reserved for blood production has multiple and deadly impacts on life systems.

Pre-clinical work by Promedior and promising results of the PRM-151 pulmonary fibrosis trial, suggest the drug might well be effective in clearing the bone capsule of fibrosis and helping to restore normal hematopoietic function.   But can PRM-151 impact the underlying disease?

That’s one of the basic questions to be answered in the upcoming PRM-151 myelofibrosis clinical trials.

Lead investigator for the trial is the seasoned veteran 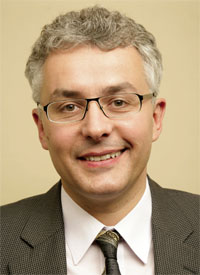 of the ruxolitinib trials, Dr. Srdan Verstovsek who — along with Promedior’s Chief Medical Officer, Dr. Elizabeth Trehu — will be designing the elements of this adaptive two-stage trial to be launched late summer or early autumn, 2013.The trial will be open to untreated MF patients and those with stable counts under ruxolitinib therapy.

While the JAK2 inhibitor trials  that riveted our attention these past few years have been a broad scale attack on contributing causes of MPNs, this trial is aimed squarely at the effects. And maybe, in the process, can help roll back the disease itself.

In the first smaller stage of this trial, planned to take about six months, “24  patients will get at least six months of treatment,” said Dr. Trehu. “ If it works they can stay on indefinitely. The second  part of the trial will be much larger and involve completely new people  It’s called adaptive because we may have different schedules of the drug, different regimens in the two stages.” 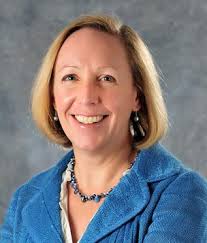 PRM-151 has been well-tolerated in humans to date. In the formal report at the American Thoracic Society Meeting (May 22), says Dr. Trehu, ” No Serious Adverse Events (SAEs) will be reported.”
Take me back to the Contents

© MPNforum.com, 2013. Unauthorized use and/or duplication of this material without express and written permission is strictly prohibited. Excerpts and links may be used, provided that full and clear credit is given to MPNforum.com with appropriate and specific direction to the original content.