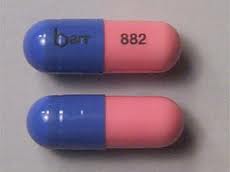 Sometime during 1994 as we began settling in to our newly formed MPD on-line support group, a struggle between Joyce Niblack and founder Robert Tollen was growing. Unable to yield to each other, the intensity between the two rapidly ratcheted upwards and Joyce and Robert began to clash more regularly.

It quickly became more vindictive with fully engaged egos hurling personal insults back and forth. What was fun and supportive became divisive as the group began to implode. It became “very personal.”

While the drama unfolded a new technology came to the forefront. The newly developed Internet based posting format would become the platform of choice for the budding MPN/MPD Communities . This technology quickly morphed to the MPD lists we now use today.

Joyce saw this technology as her opportunity to finally create the MPD list she envisioned. The timing was perfect as she wanted to move away from the day-to-day arguments with Robert Tollen.

For the first time the MPD Community would have two different support groups led by two distinctly different personalities. As she quickly found out, it’s never quiet on the western front. As the membership grew on her list it quickly became apparent that despite the offered support, family bickering and all out disagreement reared its ugly head.

Some list members who were on both lists passed information back and forth at times to the list owners often making matters worse. As time passed Joyce became so incensed with Robert Tollen’s so called antics she finally refused to refer to him by name.

As list members divided up in to two separate but equal divisions Joyce kept her focus on developing a community that embraced patient support while bringing in the voice of outside medical organizations. By reaching out to the medical and scientific communities Joyce was able to bring a new element to the world of MPD Support lists.

One wonderful benefit of the Internet was MPD patients now had easy access to medical abstracts and medical journals. This new access allowed list owners like Joyce to provide their members with up to date information on clinical trials as well as interpretation of what the data might mean. Better informed patients often helped to lessen the anxiety of their diagnosis while providing a place to share and learn from each other’s experiences.

No issue proved this point more than the debate over choosing INFN or Hydrea as part of patient’s on-going treatment. And Joyce made no bones about her objection to the use of Hydrea for the treatment of PV. She believed that INFN was the superior choice for treatment. 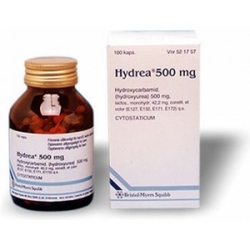 The highly flawed Swedish Study served as a Bible to launch her crusade against the use of Hydrea for treatment of PV, often mistakenly using this study as proof that Hydrea caused Leukemia with the risk as high as 30%.

This ignored strong evidence from highly regarded MPD Hematologists who countered that the Swedish Study was flawed as it had not taken in to account those patients who would have converted to leukemia on their own regarding of treatment choices.

Joyce consistently directed new MPD patients in search of support to INFN treatment and the East Coast doctors, as they become known, and pounded home the data from the Swedish study. If time has taught anything no one has the correct answer as to which drug is more effective than the other, because every MPD patient is different.

Not only did Joyce ignore member requests to present both sides of the medical story, she began to selectively censor members who wanted to post information and evidence to the contrary.

For many of us on Hydrea, it was tough going because our voices were not being heard. While many of us were living a longer and higher quality of life on Hydrea than those who were on INFN, Joyce refused to make a balanced case. It was disingenuous to present such a one sided case when a larger body of the Hematological Community disagreed with the studies conclusions and were supporting Hydrea over INFN.

In 2011 the authors of the Swedish study finally reviewed their data again and reversed their claims about Hydrea being a direct cause of Leukemia.

The hematologists who had claimed the conclusion in the Swedish Study was flawed turned out to be correct.

If we have learned anything about MPN’s over the decades it’s they are extremely complex to treat. Medical information and treatments continue to change; we must all keep open minds. List owners have an obligation to ensure their members hear all sides when it comes to information. They are the beacons of light we have counted on to help us see things through in our darkest times. I am fortunate to have been witness to the first shots heard around the Internet during our short-lived time as the very first MPD Support group.