Coffee? Drink up, it’s good for you. 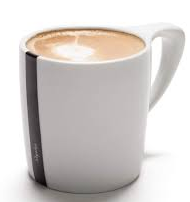 It’s as close to official as possible. Not only is coffee the emotional life support system we rely on, but it contributes to health and happiness in a variety of prophylactic ways.  Thus sayeth the New England Journal of Medicine in “Coffee, Caffeine and Health, ”   a July 23, 2020 paper coming out of Singapore , Harvard and the Harvard Medical School.

Here are some of the highlights of the paper presented by authors Rob van Dam, PhD, Frank Hu, MD, PhD and Walter Willett, MD:

KIDNEY STONES:   Caffeine may play a protective role. In U.S. cohorts, consumption of both caffeinated and decaffeinated coffee was associated with a reduced risk of kidney stones.

HYPERTENSION, CARDIOVASCULAR DISEASE:  No substantial effect on blood pressure was found in trials of caffeinated coffee, even among persons with hypertension, possibly because other components of coffee, such as chlorogenic acid, counteract the blood-pressure–raising effect of caffeine. Coffee consumption was not associated with an increased risk of hypertension

PARKINSON’S ,DEPRESSION,  SUICIDE: Prospective cohort studies in the United States, Europe, and Asia have shown a strong inverse association between caffeine intake and the risk of Parkinson’s disease. Coffee and caffeine consumption have also been associated with reduced risks of depression and suicide in several cohorts in the United States and Europe.

So while I can’t honestly say coffee does much for my MPN brain fog and fatigue, it does feels good that my favorite go-to beverage is percolating down to do some good in other areas.