CAR-T has arrived in the clinic

What does this historic event mean for our future MPN treatment options?   Gene therapy and CAR-T can no longer be foreign words for us. It’s the new treatment model and is here to stay.  Gene therapy has come to blood cancer.

To help sort things out, here’s an MPN CAR-T primer covering CAR-T from its beginnings and basic technology through risks, challenges, bright promises and, gulp, pricing.  Some of the video clips should help both those of us who want to see the people and get the general idea as well as those who want to get into the technology.  Dig in.

Tisagenleuclucel is the first chimeric antigen receptor (CAR) T cell  immunotherapy approved by the FDA. Tisagenlecleucel consists of autologous T cells collected in a leukapheresis procedure that are genetically modified with a new gene containing a CAR protein allowing the T cells to identify and eliminate CD19-expressing normal and malignant cells.

The approval of CAR T-cell therapy for pediatric leukemia marks an important shift in the blood cancer treatment paradigm. We now have proof that it is possible to eradicate cancer by harnessing the power of a patient’s own immune system.

Back in the late 1980’s when Professor Zelig Eshhar and his Weizmann Institute lab group were fiddling around with candidates to bulk up the human immune response to cancer, T cells weren’t thought to be much of an option.

For one thing, as he pointed out in his 2014 reflection on the emergence of CAR-T therapy, 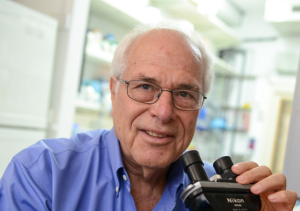 “It was widely believed that T cells, while being potentially powerful … have limited efficacy in the fight against cancer.”  Beyond their own limitations they would be up against savvy tumor cells schooled in evading the human immune system. Essentially, the T cell can only join the fight when the receptor on its surface recognizes the invader, the antigen. And the cancer cells were skilled in both camouflage and signal disruption.

Chimeric antigen receptor (CAR) is a fusion protein made up in part of a target binding domain derived  from target antibodies as well as signalling  domains and stimulatory molecules. T cells acquiring the CAR through gene transfer (usually through a disabled virus) are capable of recognizing their specific target tumor antigen and subsequent activation.

Eshhar and his group developed a CAR and used a disabled virus — consider it a molecular Uber — to take it to into the T cell.

Afterward, Eshhar took a year off on sabbatical and headed to the National Cancer Institute to work with Dr. Steve Rosenberg, the NCI immunotherapy guru.     Their synergy helped refine the technology that paid off in a cancer cure today.

That was a quarter century ago. Two weeks ago, a spiffier version of their CAR-T  (CTL019 or tisagenlecleucel to be marketed as Kymriah) was approved by the FDA based on fairly miraculous performance in clinical trial in which 82% of patients reached complete remission or CR with incomplete blood count recovery within three months of CTL019. 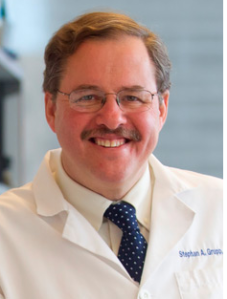 Developed in a partnership between Novartis and the University of Pennsylvani CTL019 involves reengineering a patient’s own white blood cells to attack the tumor cells. They are not alone. Just two days before CTL019 was approved by FDAMeanwhile, competitor Kite Pharma with its own CAR-T entry expected to be approved in November, got a $12 billion buyout offer from Gilead.

Much more than a singular success in wiping out a refractory murderous cancer, FDA approval of the successful test of CTL019 CAR-T marked the beginning of a shift in the ancient wars against cancer. Instead of employing system-wide massive doses of drugs, radiation and surgeries physicians will soon have access to the new world of precision medicine.

“CAR therapy is at the same time cell therapy, gene therapy and immunotherapy,” says Dr. Michel Sadelain, director of  Sloan Kettering’s Center for Cell Engineering and a co-founder of a CAR-T contender, Juno Therapeutics. “It represents a radical departure from all forms of medicine in existence until now.”

So…What is a T cell?

A T cell is part of the immune system, a white blood cell, a lymphocyte that is produced from hematopoietic stem cells in the bone marrow. Via blood, the immature T cell migrates to the thymus gland from which it takes its name, Thymus-derived cell. 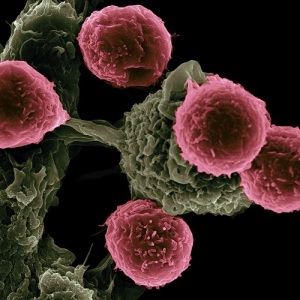 Then there’s Helper T cells, CD4+T cells that activate both the cytotoxic T cells as well as the macrophage white blood cells. Finally, there are Suppressor T cells that call off the action, stopping the immune response, and Natural Killer T cells

The battle is joined when T cells are activated by antigens.

Antigens are any molecule that can stimulate an immune response.  The macrophages play a major role here launching a sort of cavalry attack surrounding killing the antigen  and then passing along antigen-identifying information to the cell surface via peptides displayed by the Major Histocompatibility Complex.  T cells use their microvillar to rapidly palpate and  bind to the cell that presents  the antigen matching the T-cell receptor.

Once locked on to the cancerous cells, all hell breaks loose. The docking action causes the host cell to signal a flood of cytokines that signal changes in the T cell, triggering multiplication and differentiation into cytotoxic T cells, B cells, macrophages, etc.

Let’s keep that in mind since, as we’ll soon see, one of the most serious life-threatening dangers of CAR-T therapy is the cytokine storm.

For a more detailed, technical  view of how T cells are activated here’s a lecture by Cleveland Clinic;s Dr. John Looney offering a comprehensive view of T-Cell stimulation  to fight inflammation, infection, cancer.

T cells engineered to express CAR by gene transfer technology are capable of specifically recognizing their target antigen. (For a detailed picture of the amazing method T cells use to find and lock on to antigens see a recent article in Science on the cell’s search methods via surface sensors.)

The cartoon version of a CAR-T consists of an engineered T cell incorporating a synthesized receptor and genes programmed to hone in and attack cancer cells by targeting the CD-19 protein on the B cell  surface.  (CAR T cells recognize CD-19, a cell surface molecule on both normal B cells and B cell malignancies.) These CD-19 directed T cells have been clinically effective in chronic lymphocytic leukemia, acute lymphoblastic leukemia (ALL), and non-Hodgkin’s lymphoma.

To combine with the T cell, the CAR is  transfected with a disabled virus  — HIV retrovirus or a lentivirus,  ancient organisms skilled in penetrating cellular defenses.  For clinical delivery, the CAR-T is then dripped back into the patient’s bloodstream. When the CAR-T recognizes the antigen it docks on it stimulating its cytotoxic enzymes and signalling for cytokine backup by activating immune system cells.   The cytokine backup can get out of hand. creating a Cytokine-Release Storm. (CRS) causing intense fever, chills swelling,  and multiple other effects.

CRS can be deadly. In Emma’s case, the CRS  registering off the scale interleukin-6 levels was finally controlled with a rheumatoid arthritis drug, tocilizuma, a drug subsequently used in other CRS events. After an effective assault,  the attacking CAR-T cells are called off attack.  Contributing to lasting remission, the engineered T-cells, in reduced numbers, continue to circulate in the patient’s bloodstream, a 24/7 portable drug store of sorts.

It took more than ten years from development of the first CAR-T cells to an application in destruction of cancer tumor. and another 10 years before the start of the first clinical trials. The long, patient work paid off last year for Emma Whitehead in clinical trial. For her and her young cohort this recovery from a deadly leukemia will be closely monitored.  There will be a 15 year FDA-mandated follow-up period to assess any long-term effects.

The FDA position on CAR-T

In providing Novartis the green light for  application of its tisagenleclucel (Kymriah) CAR-T immunotherapy for treatment of B-cell Acute Lymphoblastic Leukemia,  FDA did not approve an off the shelf drug.  Each CAR-T requires genetically modifying  a patient’s own T-cells, re-engineering the cells

to incorporate a gene containing a CAR protein that allows the T cll to “identify and eliminate CD19-expressing normal and malignant cells.,” and expanding the CAR-T population into the millions before infusing back into the patient.

Future and costs of CAR-T for MPNs

In the months and years to come, many other milestones in CAR-T therapy will be reached in blood and solid tumor cancers.  There are now 223 CAR-T clinical trials under way.The creation of ever more specific antigen receptors based on research into deeper understanding of the cancer environment and individual pathologic events will inevitably create a new array of immunotherapy options.  And the advance of CRISPR gene editing technologies will make the task of T cell engineering and viral transfection far easier and cheaper.

Eventually, of course, the miraculous achievements of science and technology inevitably come to earth in commercial pricing. And given the track record of Novartis and Gilead we might as well brace ourselves for another sticker shock.  In this case there’s some justification.  CAR T-cell therapy is not a mass produced drug but a specifically tailored hand crafted biologic therapy based on engineering a patient’s own T cells.  When FiercePharma asked Novartis  what the costs of commercial treatment might be, a spokeswoman said Novartis is considering value-based pricing with reimbursement based on individual success. Novartis’ R&D head Vas Narasimhan in June said “the company was looking at stem cell transplants — which can cost $800,000 — as a model.”

The path ahead for CAR-T immunotherapy

Beyond cost, which may not prove to be a significant barrier, broader application of CAR-T immunotherapy still faces some significant challenges.  Off target events in which the fused T cell homes in and destroys healthy cells and in some cases causes serious injury or death have occurred in clinical trial.  A related event is T cell antigen escape where the target evades the programmed CAR-T by effecting changes in expression or other cellular means. And while CAR-T has proven itself in blood cancers it has yet to achieve the same level of success against more complex solid tumors.

Zhengang Wang et al. writing in Journal of  Hematology and Oncology discuss options for selective targeting of cancer stem cells (CSCs) rather than tumor cells for CAR-T cell therapy.  Meeting that solid tumor CAR-T challenge might help unravel an approach to myeloproliferative neoplasm therapy by switching targets from the inhibition of cytokines and growth factors produced by mutated genes to focus on the cancer stem cell itself and its environment.