CALR: JAK for the rest of us 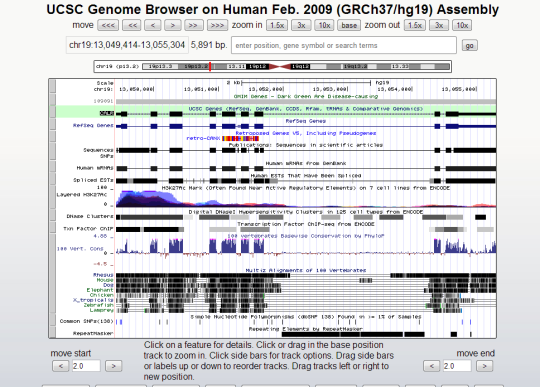 Portrait of CALR, the new kid in town.

They saved the best for last.

In the last hours of the 2013 ASH meeting, late- breaking abstracts from two European groups changed the MPN landscape.

Soon, diagnosis of MPNs will be more precise.  Staging of our blood cancer will take on new relevance as we’ll have a better handle on our prognosis.  The excitement is about a common protein — previously an unsuspected actor in MPNs — called calreticulin or CALR.

Our European associates have discovered a mutation that accounts for why many of us have myeloproliferative neoplasms even though we don’t carry that JAK2 mutation.

What does it mean to us right now?

If we carry the CALR mutation, compared to those with the JAK2 mutation, we will likely present with higher platelets, lower hemoglobin, and have a better chance of seeing our chronic ET transform to MF.  However, we carry a lower risk of thrombosis and can expect a longer life than those carrying the JAK2 mutant clone.   (If we have PV we almost surely are JAK2 positive. The mutations are mutually exclusive. We don’t see both a CALR mutation and JAK mutation in the same person.)

The two papers that revealed these discoveries were published as Late Breaking Abstracts (LBA) at the ASH meeting and, simultaneously, mirrored in New England Journal of Medicine papers with an accompanying editorial by Ross Levine.  (Links to all are provided below.)

Here’s a breakdown of the abstracts, different approaches to the same conclusions.  And a introduction to CALR — where it lives, what it does, and what it means to us as MPN patients.

LBA-1 ”Frequent Mutations in the Calreticulin Gene CALR in Myeloproliferative Neoplasms,” is the product of a largely Austrian and Italian researchers led by Thorsen Klampfl and including several researchers well known to Americans, most notably Robert Kralovics, one of the key discoverers of the JAK2 mutation.

Kampfl at al. screened 1107 patients.  Although 36 mutations were found in the CALR gene, the most common was a 52 bp (base pair) deletion.  Regardless, all mutations created “a new C-terminus of the mutated protein.”  (Note: A chain of amino acids on its way to becoming a working protein has two ends, a carboxyl group, the C-terminus, and an amine group, the N-terminus. The C-terminus is the end of the production process, the N-terminus the beginning of synthesis.)  The significance of this discovery may well be the indentification of a new therapeutic target:  CALR-C inhibition.

LBA-2, “The Genomic Landscape of Myeloproliferative Neoplams: Somatic CALR Mutations in the Majority of JAK-2 Wildtype Patients” is the collaborative effort of a largely United Kingdom based group led by Jyoti Nangalia and including such familiar figures as Claire Harrison, Alessandro Vannucchi, Nicholas Cross, and Anthony Green.

Nangalia et al performed exome sequencing in 151 MPN patients taking over 3400 samples for further analysis. (Exome sequencing looks at the active parts of DNA filled with genes, about 1% of total DNA.)   As expected all PV patients were JAK2+, 58% of ET patients and 69% of MF patients. In checking the presence of three genes, JAK2, CALR, and MPL, researchers confirmed that CALR and JAK2/MPL are mutually exclusive and 97% of all patients have a mutation in one of those three genes.

These new discoveries take us into realms far more dangerous and mysterious than anything served up in the fevered human heart.   Here, in the depths of the cell,  we meet Creation in the form of new born amino acids linked into chains and folded into proteins to participate in work of every living cell.

Freshly hatched proteins emerge from the membrane surrounding the cell nucleus – the endoplasmic reticulum or ER – as a straight string of amino acids, polypeptides.  Before they can perform useful funcions they have to be folded into specific shapes.  One of the roles CALR has is to act as a chaperone for this budding protein, help it through the folding process and into the greater biologic world beyond.

Calreticulin – CALR —  may end up having a much more robust role in MPN treatment than the mutated JAK protein we’ve been focused on for the past five years.

While the mutated janus kinase 2,  JAK v617f,  is an enzyme that can signal blood stem cells to turn on the production juice even without appropriate signals, the role of CALR is more varied.  The protein is a cross between a boy scout and a tough street cop, helping newborn proteins make the tricky journey out of the ER onto its designated pathway, helping production workers fold the laundry, sending felonious offenders to the clink. When protein folding fails, which often happens, CALR sends deformed proteins into the sea of cytosol to be degraded and processed.

A key element in the manufacture of usable proteins is the conversion of polypeptide chains into highly specific three-dimensional shapes.  Part of this process takes place in the lumen of the ER, part on the surface where CALR acts as a both chaperone and quality control agent.   This is a vital function as more than half the newborn proteins fail in the first 20 minutes of creation due to folding errors. It’s CALR’s job both to aid in folding and to assist in the degradation process of faulty proteins.

Since calreticulin itself is created on orders from the CALR gene in our DNA, the resulting CALR protein can mutate.  And most of us JAK negative MPN patients are carrying one or another mutated CALR protein.  While we’re not exactly sure what the impact of a specific CALR mutation might be, there was an intriguing discovery reported at ASH Discovery.  Mutant JAK and Mutant CALR are mutally exclusive.

The mutated CALR protein may not be found in the same MPN affected organism as the mutated JAK protein but both use the same STAT (Signal Transducer and Activator of Transcription) pathway into the cell nucleus to impact our specific MPNs.   A healthy JAK2 enzyme critical to signal blood production may well be necessary for the mutated CALR to impact our blood production just as an unmutated CALR may be needed to fold up the evil mutant JAK clone. (That last sentence is the author’s sheer conjecture born of spending far too much time working through the genetics and chemistry involved in these new discoveries.)

A good history and description of calreticulin can be found in Nature’s  Calreticulin a multi-faceted protein.  A more technical article treating calreticulin’s role as a glycoprotein chaperone and its surprising appearance on the skin surface to aid in blood clotting and wound healing can be found in The Journal of the Federation of American Societies for Experimental Biology (Gold, 2010).

Editorial: Another Piece of the Myeloproliferative Neoplasms Puzzle: 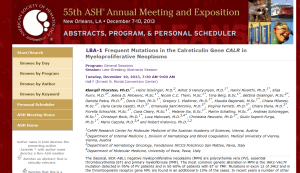