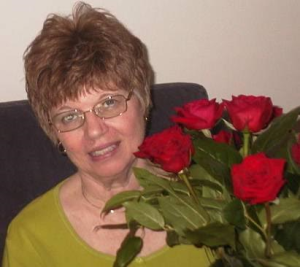 by Barbara Kurtz, R.N.
In 1968 during my second year of nursing school, I came back from a month of summer vacation with a case of the measles. Student health noted that my blood work showed platelets in the 600 range.  They checked my counts monthly for about 6 months but didn’t identify the problem.  In 1972 I was working at Johns Hopkins when I went to the urgent care clinic for strep throat.  My platelets were in the 800’s and they sent me to the hematology clinic.

I had my first BMB (which included a wooden mallet) and was given an ET diagnosis. No one mentioned that my visual headaches I’d had since high school might be related but they did tell me I might develop leukemia and I had a spleen scan that showed marginal enlargement. What I remembered most was the warning to stay away from anyone who wanted to treat me as the treatment was worse than the disease.

I buried my head in the sand and went on with my life, moved to California and in 1979 when I was sent to a doctor for a physical for mortgage insurance my platelets were around 950. The fact they denied me the insurance (but not the mortgage) because of the ET caught my attention and sort of scared me.  They thought I might die sooner than later!!!  The doctor also suggested I might want to take something to lower my platelets but the earlier warning clanged in my head.

By 1986 I was having frequent migraines with spectacular auras, dizzy spells and almost constant nausea. I had 3 episodes of serious vertigo which I went to the ER for each time.  Though my platelets were 1.3 mil no one made a connection.  I was tested for everything from gallbladder problems to tumors.  The neurologist finally suggested that my platelets may be causing circulatory problems in my inner ear, sort of sludge like, and sent me to a hematologist.

By that time I got sea sick like symptoms every time I got out of bed and had to take leave from work. After my second BMB which was much better and didn’t involve a wooden mallet he suggested hydrea.  I was ready to try anything by then so I said yes.

Being the nurse I was, I read the drug package insert. It scared me to death but I was desperate.  I started one pill (500 mgms) twice a day.  The thing in the insert that stuck out on my mind was the sentence that said nausea might occur 3 hours after the dose, not because it affects your stomach but because it affects the nausea center of your brain.  Three hours after the first pill I got nauseated. And each one after that.  I still don’t know if it was in my head or for real but my doctor said I could take all the pills at night before I went to sleep and I never had any more trouble with nausea.

My first hematologist medicated me with hydrea and when my platelets came down I did start to feel better. I’m not sure at what number he decided was low enough but he took me off the medication.  And my platelets rose again.  For a number of reasons I switched hematologists and he decided it would be better to take enough hydrea daily to level out my platelets all the time instead of stopping and starting it.  I’ve been seeing the same hem since 1988.

It took a while to balance out the point where I felt good both with the platelet count (around 350-400) and medication dosage (1000mgms -1500mgms a day).  And when I say it took a while I mean years, not weeks or months.  When my platelets get too high I get increased headaches and increased sea sickness (mostly from eye movements like reading or looking from side to side while grocery shopping).  I have some residual damage to my inner ears but was able to return to work until I retired in 2000.

Hydrea is one of the oldest drugs around and was originally used for Sickle Cell Anemia. But there are side effects.  We can balance the hydrea dose so my WBC count, RBC count and hemoglobin stay close to normal, but they can be affected and run low. I was excited when Anagelride was introduced as it only targeted the platelets, but turned out to cause unpleasant heart palpitations in some users which I already had.  So I stuck with the hydrea.   I get surprisingly few infections though, I’m slow to heal if I stub my toe or scrape my knee.

The hydrea causes my RBC’s to be large and immature which affects their oxygen carrying efficiency. I still do aerobic exercises but have had trouble with shortness of breath at high altitudes.  Luckily I live at sea level though folks with MPN’s who live at higher altitudes don’t have a problem.

Fatigue is an issue for most with an MPN but I don’t know if mine is from the ET or the hydrea. Or now just getting old. Though the lower the dose the less fatigued I feel.

I have neuropathy in both feet. Tested by a neurologist with a little machine that sends light electric shocks.  My feet feel like blocks of wood and numb but if I drop something on my foot or toe it hurts a lot.  I did have heavy duty chemo in 2006 for breast cancer that contributed to it but I think the hydrea may also have played a role.  I was off the hydrea during the surgery and 4 months of chemo but my platelets rose fairly quickly when I was done.

I see my hematologist every two to four months depending on how he is managing my medication and he looks at my blood work and palpates my spleen which is normal. My next appointment is in September.  I get a copy of my lab work, CBC with differential, chemistry panels and occasionally other tests but though it is a good idea after so many years I quit keeping a journal or chart.

I tested JAK2- about 5 or so years ago. I don’t know what drug I would pick if I had to do so today as there are more choices.  And Interferon (Pegasys) is showing some signs of doing more than controlling the counts.  But since the hydrea has kept me feeling pretty good, with acceptable side effects, I have decided to stick with the devil I know for the time being keeping the IFN in reserve if needed.  It is good that more research is being done and more medications available.  Also as more patients share their stories the more common symptoms like visual headaches, fatigue and fuzzy thinking are being taken seriously and not shrugged off.

So far after 48 years I have not progressed from ET. And I have not developed leukemia as I was warned about from either the ET or almost 30 years taking hydroxyurea.