Ann Brazeau has been on a long journey leading her to an inevitable destination: MPN Advocacy and Education International. 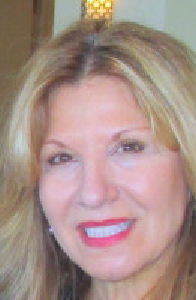 she has changed the MPN landscape and enriched the resources available to MPN patients and caregivers.

A natural organizer and communications specialist, she grew up in Detroit’s inner city, graduated from Michigan State and headed out to Southern California for a spell before heading back home. It’s here she started a corporate communications consultancy that numbered among its clients a local hospital. She found herself drawn to the plight of cancer patients, mostly prostate and breast cancer, and began serious research into treatment options

About this time, Robert Rosen who had started his MPN Research Foundation, housed in tiny downtown Chicago offices, was looking for help. In 2005 he hired Ann and over the next decade that partnership helped fuel the explosion in MPN awareness and scientific research.

“In the beginning I did pretty much everything that was required” Ann said, “went where the need was, assisting MPN support groups around the country and abroad, fund-raising, organizing and running the educational seminars we were doing at the time.”

The MPNRF decision in 2013 to focus on its core scientific research support work and largely abandon event and education work led to the next step in Ann Brazeau’s long path. By now a central figure in the MPN community and deeply committed to patient welfare, Ann realized she not only had the experience to bring hematologists and patients together at seminars but she loved the work.

Even better, there was a pressing need within the MPN community to expand awareness of MPNs beyond major cities and medical centers. Designated a rare disease with only an estimated 300,000 patients in the US, MPN medical specialists are even rarer.  Since Brazeau was already familiar with virtually all the major researchers and MPN specialists, all the ingredients were in place to launch MPN A&E.  The business model is to bring local and international hematologists to small and large cities in a one day intensive seminar and low (or free) cost to participants.

“We can only do this because the hematologists responded 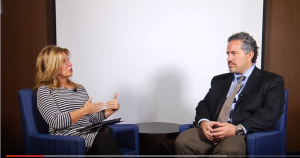 to the need to get current information on treatment modalities and clinical trials out to patients directly. Along with Dr. Ruben Mesa, Mayo Clinic (Scottsdale) . our Science Advisor, they are our real working partners.”

And that partnership – with help from corporate sponsors funding operations and organizational partners that include most of the major nonprofits supporting blood cancer research – spawned electrifying workshops. 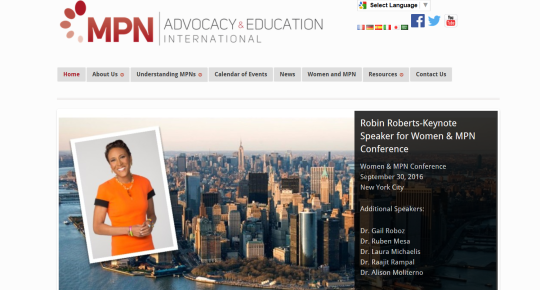 A good example is the upcoming Boston education meeting June 23 featuring, among others, the brilliant MPN researcher/physician Dr. Ann Mullally.  In the fall, September 3), MPN  A&E will be presenting its second annual Women and MPN Conference in NYC.  This event features Robin Roberts, recently cured of a blood cancer, along with Dr. Gail Roboz who headed Robin’s stem cell transplant team.

Beyond education, Brazeau and her team have been engaged in advocating for MPN patients’ rights. She recently went to Washington, D.C. to petition for extension of Vietnam era veteran benefits for the upsurge of myeloproliferative neoplasms among those exposed to Agent Orange. “Over the last year and a half,” said Brazeau,” I have spent countless hours responding to the requests of Vietnam veterans to advocate on their behalf to get MPNs added to the VA’s ‘presumptive’ list – a list that ‘presumes’ their disease was caused by exposure to Agent Orange.  Currently, we have over 400 veterans and keep adding more to our data base.  This work is not funded and will continue on a pro bono basis.”

Considering the treatment logjam at VA facilties, the task may be daunting even for a committed campaigner.  Congress, in 2014, recognizing the disgraceful VA backlog in treating veterans, authorized the Choice program to give vets the option to select private physicians in case of delay or distance to treatment. Despite expenditures of over $3 billion to date, the system has failed  — possibly due to an unrealistic 90 day mandated implementation period — and today 70,000 more veterans are on the treatment waiting list than were recorded prior to Congress’ action.  With Vietnam-era vets at or near the Medicare qualification age, some pressure on VA facilities might abate.   The battle to extend benefits to Agent Orange injured veterans suffering from MPN, however,  is far from over.

Currently Ann Brazeau is increasingly focused on the alarming increase in pediatric MPNs, a rise she attributes both to better screening as well as environmental conditions.  Plans are in the works for a 2017 Pediatric MPN event.

Finally, Ann’s long journey is taking her beyond the US orbit as she responds to invitations to mount educational events in Australia, Japan and Europe. That’s a long way for a kid from inner city Detroit.