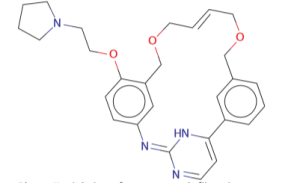 Once Incyte made it look so easy to turn the JAK2 mutant findings into an effective FDA-approved, myelofibrosis drug, the gold rush was on. As ruxolitinib (Jakafi/Jakavi) clearly has applications in other MPNs, other cancers, and other combinations, Big Pharma poured in cash and clinical trials piled up.

It hasn’t always had a happy outcome. There’s a long and unfortunate history of promising JAK inhibitors picked up by big pharmaceutical companies, brought to clinical trial and failing.

The most dramatic was likely Targegen’s JAK inhibitor which became SAR302503 (fedratinib) when Sanofi snatched it up and ran for the gold… before failing at the Phase III finish line, abandoning patients and hope for a new MF drug.

Some are still in the running.   There’s  Cytopia’s CYT387, born in Australia and picked up by Canada’s YMI Bioscience.   Reports of good spleen reductions and minimal anemia response was enough for Gilead – the giant California pharma – to snap up the drug for half a billion dollars. Under its new name, momelitinib, this much traveled molecule seems to be struggling in its clinical trials against various toxicities and limited success but still has a shot.

But when it comes to travels, few JAK inhibitors can match the pacritinib journey.

S* Bio Pte Ltd, a Singapore based company that operated as a subsidiary of Emeryville, California’s Chiron Corporation  was acquired by Novartis in 2006. That was one year after discovery of the JAK2 v617f mutation.  Novartis ultimately divested Chiron but the S*Bio scientists kept plugging away

A 2011 paper published by S*Bio scientists Gang Liu et al. in the ACS Journal of Medical Chemistry laid out the robust results of early testing of its Compound 21c (SB1518) in  myelofibrosis. The next year, Cell Therapeutics Inc, now  CTI BioPharma, acquired the Singaporean company along with its JAK2/FLT3 inhibitor renamed pacritinib.

Pacritinib has racked up significant therapeutic results in Phase 2 myelofibrosis and related blood disorders over the past four years:

PERSIST-2.  Oral Pacritinib Versus Best Available Therapy to Treat Myelofibrosis With Thrombocytopenia (PAC326),still recruiting patients, pits pacritinib against another BAT group, this one excludes no other drug, but requires participating patients with thrombocytopenia (platelet levels  ≤ 100,000/µL).

It’s the apparent capability of pacritinib to inhibit myeloproliferation without suppressing production of platelets that has generated considerable excitement.  Myelosuppression,  showing up as severe reduction of platelet levels and anemia are common reasons for patients to discontinue or refrain from taking Jakafi.  By opening JAK inhibition to this large MF patient group, pacritinib could be considered, in the words of Dr. Claire Harrison, Guy’s & St. Thomas, the most inclusive clinical trial yet:

“Currently available JAK1/JAK2 inhibitors,” says Dr. Harrison,  “are associated with treatment-emergent myelosuppression, including thrombocytopenia as a side effect of their therapy requiring reduced doses and sometimes early cessation of treatment when used in patients with disease-related thrombocytopenia. These patients represent an unmet medical need; a non-myelosuppressive JAK2 inhibitor would represent a significant advancement in the treatment of this chronic disease.”

A clear and comprehensive summary of pacritinib’s responses and adverse events in clinical trial to date — including head to head comparisons with ruxolitinib, momelotiib, lestaurtinib, fedratinib and XL019 — was written by L. Padranos and R. A. Mesa and published in in Expert Opinion on Orphan Drugs.

When asked whether or not he thought these Phase 3 trials might suffer the same fate as Sanofi’s SAR302503 — high promise ending in disappointing failure — Dr. Ruben Mesa, principal investigator, expressed the harsh realities of clinical trials. “We don’t know, that’s why these trials are necessary. A Phase 3 trial has many more participating patients with a greater range of disease and response. So far we’ve found nothing to be concerned about, but time will tell.”

© MPNforum.com, 2014. Unauthorized use and/or duplication of this material without express and written permission is prohibited. Excerpts and links may be used, provided that full and clear credit is given to MPNforum.com with appropriate and specific direction to the original content. This work is licensed under the Creative Commons Attribution License. To view a copy of this license, visit http://creativecommons.org/licenses/by/2.0/ or send a letter to Creative Commons, 559 Nathan Abbott Way, Stanford, California 94305, USA.