Gilead and momelotinib. An update. 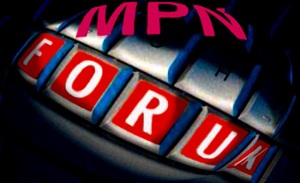 Momelotinib…  An alternative to Jakafi?

Overall, I’m a little disappointed, having heard momelotinib was finally going to report exciting results. A news release published by Gilead doesn’t have much to write home about.

In SIMPLIFY-1, the trial of momelotinib v. rux or BAT, the MF momelotinib pts  who were never on rux  apparently reached the ≥ 35 spleen reduction outcome. Jakafi reported the same six years ago. They also hit the three anemic endpoints  so maybe there’s something there, not specified in the release but worth looking at in the final paper.

In that weird PR-speak favored by some pharmas, Gildead reported:

Unpacking the double negative gobbledygook of that sentence, it simply says momelotinib was inferior to ruxolitinib in improving symptoms.

Adverse events seem a bit worse than those Jakafi reports– peripheral neuropathy twice as common —  except for the anemia benefit.

The SIMPLIFY-2 study — MF pts who had rec’d rux in the past on momelotinib or BAT arms —  appears to be a bust. Most pts on BAT continued to receive rux (88%)  There was some claimed benefit but   “SIMPLIFY-2 did not achieve its primary endpoint of superiority of momelotinib compared to BAT in patients previously treated with ruxolitinib ” Still, having an alternative to Jakafi for patients for whom it fails, might be a good thing, particularly for those of us who are transfusion dependent.

The Full Release is here: http://www.gilead.com/news/press-releases/2016/11/gilead-announces-topline-results-from-two-phase-3-studies-evaluating-momelotinib-for-patients-with-myelofibrosis