MPN Super Hero or Sell Out?

Against all odds Incyte and Cure named Zhen an MPN Hero at this year’s ASH-associated event in San Francisco.

Even stranger, he accepted the award.

Incyte could not have selected a patient more publicly opposed to its corporate policies. From the very beginning I have loudly objected to Incyte’s predatory pricing of Jakafi – now over $10,000/month. 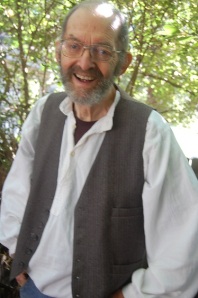 I have written about Incyte’s aggressive marketing tactics, published an open letter to the corporation’s CEO requesting price reductions, and denied the drug company’s right to sponsor awards for an MPN patient community it targeted as its primary market.

So what is Incyte doing offering me the award along with the cash and perks that go along with it? And what am I doing stepping up on stage to accept it ?

I can’t speak to Incyte’s motivations. The nomination was made by a member of the MPN community, the selection committee is independent of both Incyte and Cure Magazine, co-sponsors of the event. But the $25,000 check divided in my heroic name and paid to the MPN Research Foundation and the Richard T. Silver Center, was signed by Incyte. So the organizers surely knew whom they were honoring.

I can speak to my own motivations in accepting. Money itself was a factor, of course. We have run fundraisers for the Foundation. I believe in the people and their crucial work in finding and funding MPN research. I believe in the vision of the Silver Center, newly launched this year, and have faith in the people guiding it. A chance to contribute to their vital work could not be lightly passed up.

And there’s another financial consideration. The MPNforum community of patients and caregivers contributed small donations to fund our coverage of ASH, hematology’s most important scientific meeting of the year. MPNforum paid for my trip to San Francisco. The MPN Hero program offered to reimburse those direct costs to MPNforum. The chance to help fund the Foundation and shore up MPNforum’s resources was definitely a factor.

But money alone wouldn’t be enough to cross over to the dark side.

Truth is, accepting this award doesn’t feel at all like going to bed with the devil. Incyte had the vision, guts and talent to field the first FDA-approved JAK inhibitor at a time there was little reason to believe it would work or that the myelofibrosis market was big enough to support the effort. I respect and like the Incyte people I know. The company was a small, smart and innovative risk-taker. That was before the sticker price of Jakafi was announced.

Drug pricing drove a wedge between patients and Incyte. This is more of a public healthcare issue — cancer drug pricing bankrupting governments, institutions and patients alike — than denying patients a potentially lifesaving drug. Incyte’s efforts to assure most patients’ access to Jakafi have been largely successful outside of the Medicare Part D world. But the reality of pricing a life-sustaining drug beyond reasonable, affordable limits is now part of the Incyte corporate identification.

No mistake about it. The price of cancer drugs is hideously inflated beyond any relationship to costs or return on investment. Even after Incyte recovered its development costs and moved on to new ruxolitinib applications, my own Medicare co-pay for Jakafi, a Tier 4 drug, would be $3000/month.

The positive thrust of the MPN Hero program should not be blunted by the all too common Big Pharma pricing practices.

This overblown little MPN Hero program achieved something beyond its promotional origins.

I was able to see the effect for myself at its launch at New Orleans ASH, last year. A well designed, richly human multi-media exhibit celebrated the contribution of people — healthcare providers, patients and family members — to our common welfare. And at ASH, in the hematological world’s center stage, the Incyte MPN Hero exhibit drew attention to our myeloproliferative neoplasms, among the most lightly populated hematological disorders of them all.

Without false modesty, I know what I have done to support this community. It has been a choiceless, dedicated and rewarding effort but I am not any kind of hero nor am I a traitor. My loyalties are firmly with the MPN patient world.

I accept the award in honor of those patients and caregivers in our community who are truly inspiring: Harvey Gould and Ian Sweet, for Kathy Dubin Flynn and Marina Peed, for Chris Harper, Barbara Van Husen, Robert, Genny, Dolf, Karl, Kelley, Mary, Ann, Antje, Ellen, Sam, Joyce, Diane, Jason, Rochelle, Barbara, Bonnie, Arch, Jeremy, David and hosts of others – some gone, some standing beside us today.

MPN Heroes show us the way to survive despite the unequal struggle we face.

In celebration of all those, known and unnamed, who sacrifice their time and energy to uplift, encourage, and support fellow MPN patients suffering from this mysterious, often deadly, disease, I accepted this award.

And despite the commercial overtones of their efforts, I sincerely thank Incyte and Cure Magazine for shining a bright light on our orphan disease and underscoring the need for us to work together selflessly to help each other overcome its ravages.