The long and winding road

Yes, the title of this column is that of a Beatles’ song, perhaps about a failed love—but for us with MPNs, we can see in its lyrics something more.

We need no explanation of the long and winding road we navigate—the twists and turns we endure, dictated not by our choice, but by the internal GPS of our diseases. We know of the symptoms we’ve not yet experienced that we may encounter just around the next curve. We seek relief from fear of the unknown around the next turn, relief from medications, some seemingly causing worse reactions than the symptoms they’re intended to control, relief from needles, clinical trials, transfusions, bone pain, night sweats, cramps, chemo, pain, depression—freedom from the death warrant placed on our heads by some existential roll of the dice.

Some of us have “…left a pool of tears crying for the day”.

Some have plead to whatever power in which we believe, “Why leave me standing here? Let me know the way”.

Many have felt, “You’ve left me standing here a long long time ago. Don’t leave me waiting here, lead me to your door.”

What we seek is to be led through the door and to find the answers on the other side, but that hasn’t happened yet and so, until then, we press on, some of us not yet feeling the ravages of our disease, others suffering horribly, and others dying from them or from complications caused by them. And yet, for each of us, each day that we awake should be taken as a gift.

Each of us can take the sentence imposed on us as a lesson to learn the real priorities of life and to place closer to the bottom of the proverbial pile those things that previously we may have overvalued. As you, I didn’t seek to be afflicted with an MPN and am not foolish enough to say I’m glad for it. However, only because of it have I come to understand that before my diagnosis, while I expressed the value of life, love, time, beauty, good deeds, and so much more, then they were merely platitudes. No more. Now, after receiving my death sentence these views morphed into meaningful realities that form the very essence of the meaning of my life. A hard way to learn a meaningful lesson but a gift nevertheless.

And so, by way of this column it is my purpose, each month, to share with you my long and winding road. I’ll describe what I’ve experienced—the highs and the lows, the fears and the hopes, the expectations and the disappointments. This column will recount but one man’s journey. Each of you, of course, has his or her own story, each with its own unique attributes. I’m here simply to share mine and, by doing so, perhaps to deepen our common bond.

One of the positives that I’ve experienced as a result of my disease is time to write a book—A Fierce Local, Memoirs of My Love Affair with Ireland, 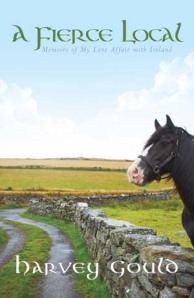 memoirs of the many occasions my wife Karen and I spent extensive time in Ireland. The book starts with our first visit there together in 1988 and goes through our last time there in 2007. I wasn’t diagnosed with PMF until 2000 so though my disease is a part of the story, by no means is it the whole story. What follows, however, regarding the beginning of my MPN journey is an excerpt from the book which should be published within the next few months.

For some years after Karen retired, I worked hard trying to arrange my schedule so that we could take two weeks off together. It was tough, but I managed. Then, in early 2000, I started feeling unusually tired. I gave myself good talkings-to: “Quit being a namby-pamby, you slacker. Most people who work hard get tired. Nothing new in that. Besides, you’re making damn good money, so prove you deserve it, you ungrateful worm. Get up, go to work, and quit making excuses.”

One day in March of that year, while sitting in my office, suddenly the room was spinning. I felt horribly nauseated and had such a strong sense of vertigo that I couldn’t discern the ceiling from the floor. I desperately wanted to lie down because I felt about to fall out of my chair, but I was afraid if I tried, I’d smack my head against the end of my desk. I had no sense of up or down and had almost no control over my body.

As paramedics removed me from my office to take me to a hospital, I asked my longtime secretary Kathie to phone Karen and tell her I wouldn’t be able to meet her and her mom for dinner and a play that night. When she got Karen, in her usual understated manner, Kathie said, “Hi, Karen. Listen, Harvey asked me to call to tell you he won’t be able to make it to dinner or the play tonight.”

“I knew he didn’t want to see this play, Kath, but what’s his excuse?”

“Unfortunately, it’s a good one. He’s on his way to UCSF, by ambulance.”

“Oh my God! What happened?”

“They don’t know, but his blood pressure was over 230 and he was looking pretty gray when they took him out of here.”

I stayed overnight for observation. The working diagnosis was that I’d had a TIA, or transient ischemic attack, essentially a baby stroke, a temporary blockage of blood flow in the brain that lasts long enough to screw things up, but then blows through, leaving no obvious traces except for the temporary havoc it wrought. Sort of like a small tornado touching down for a brief time, stirring up matters and scaring the hell out of you, but not causing lasting damage.

Still, even after my discharge from the hospital, my blood counts all remained abnormally low and I couldn’t shake the persistent exhaustion. My internist ordered test after test, but the results all came back negative. Finally, he sent me to Dr. Jahan. It wasn’t until we walked into the suite where his office was that we realized we were in the hospital’s hematology/oncology clinic. Not comforting.

After a series of tests, in July 2000, Dr. Jahan told us that I had a disease within the family of myeloproliferative disorders (now known as myeloproliferative neoplasms in recognition of the fact that these are blood cancers). He named them. Karen asked which we least wanted it to be. He said “chronic idiopathic myelofibrosis.” (The “idiopathic” is fancy doctor-speak for “we don’t know what the hell causes this.”)

He told us that treatment for this category of blood cancers was beyond even his expertise. He referred me to a team of specialists at UCSF who were not only hematologists/oncologists, but also who routinely handled bone marrow transplants (now commonly called stem cell transplants).

It’s hard to forget his parting words: “Good luck.”
Take me back to the Contents